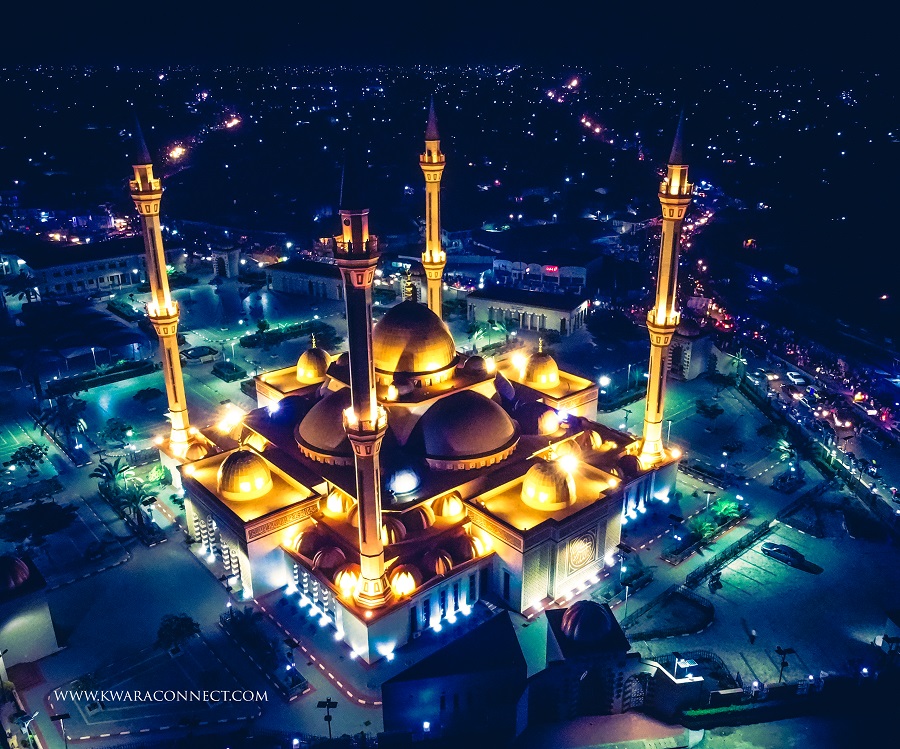 Ilorin Central Mosque is one of the major Prides of Ilorin, Kwara State. It is located in the centre of the city, around the popular OJA OBA .

During the 1820’s, the first Ilorin Central Mosque was built under the direction of Sheik Imam Muhammad Munab’bau at Agbarere Area of Ilorin.

Because of the rising population of Ilorin, the 9th Emir of Ilorin , Emir Alhaji Zulkarnaini Gambari decided to build a new central mosque which was officially opened in 1981.

You can’t afford to miss the sparkling glow at night from the surroundings of the beautiful edifice.

You could also spot the glowing lights of Ilorin Central Mosque from as far as post office, and other low areas in Ilorin.

Kindly share your views and comments in the section below.